In June or July, I finished up an animation called “The tale of the Bristlecone pine.” 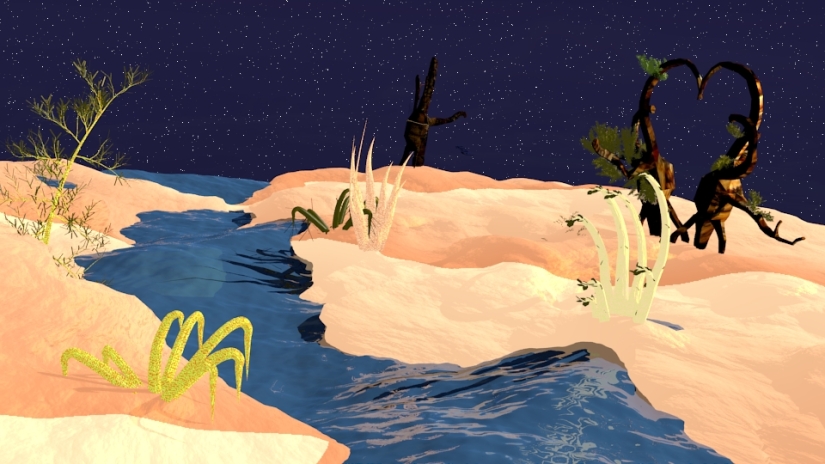 Someone asked, ‘how do you make all the 3D landscapes?” So I thought I’d give a behind-the-scenes tour!

First, I use a free, open-source software called Blender3D, which is really fun. I started using it about 6 or 7 years ago.

The image above is the polished image after you “render” the scene with all the right colors. In the behind-the-scenes view, it looks like this: 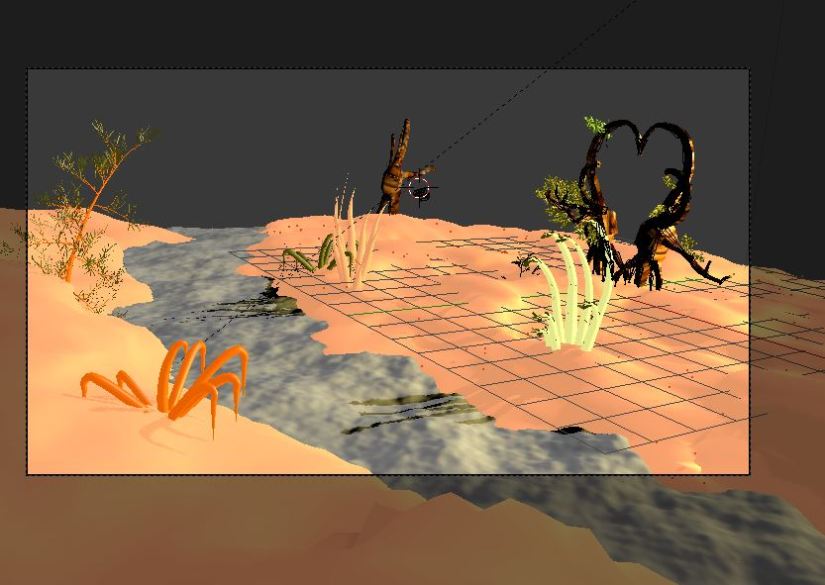 The rectangle in the center is the “camera view”. That’s what you see through the “camera” in the software.

But you can also click away from camera view, and then you’ll see the camera itself floating around randomly, wherever you’ve placed it, according to the shot you want to get: 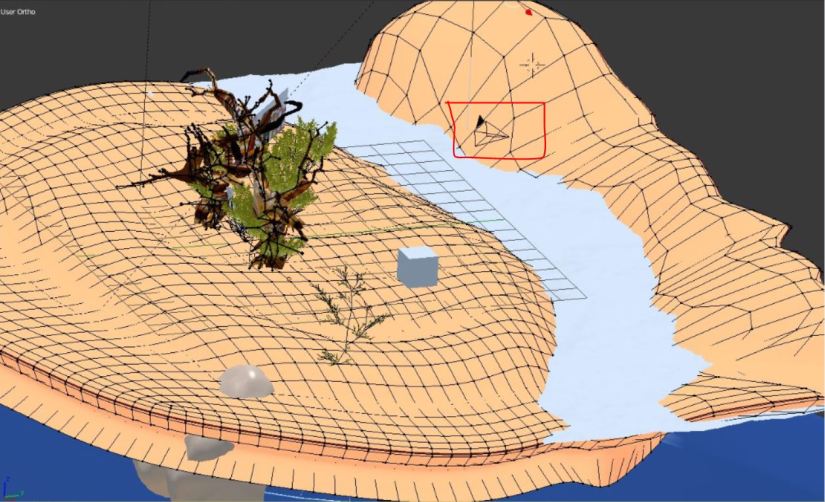 In this image, you also see the “skin”, if you will, of the desert. For most objects you create, that skin helps to determine the shape. For my desert, I wanted to have some hills and curves, and I also wanted the valley where the river was going to go. And I need to make it big enough that a camera shot wouldn’t really show the drop-off into nothingness: 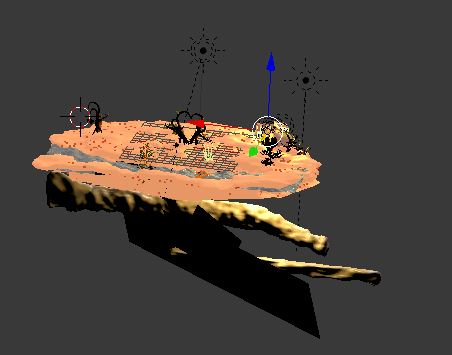 Because really, the desert and the trees and the lighting and camera are all floating in a big universe of nothing, unless you want to create something else to put there!

Over the desert, I place a big half-dome of a sky, so that forms the background. 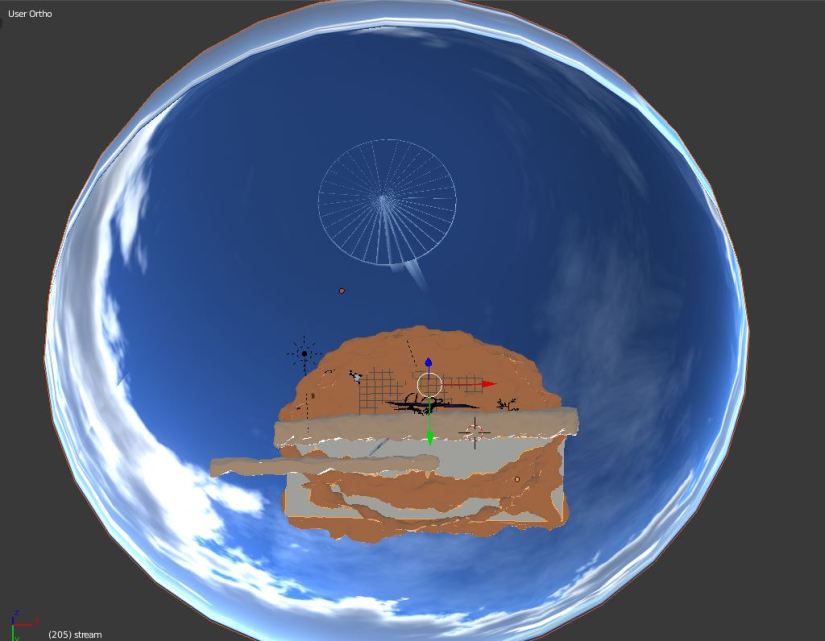 As far as making the trees, I first make the “skin” in the shape I want. Below, you see Eve’s skin highlighted. You can also see the placement of the camera up close to the trees for that shot. 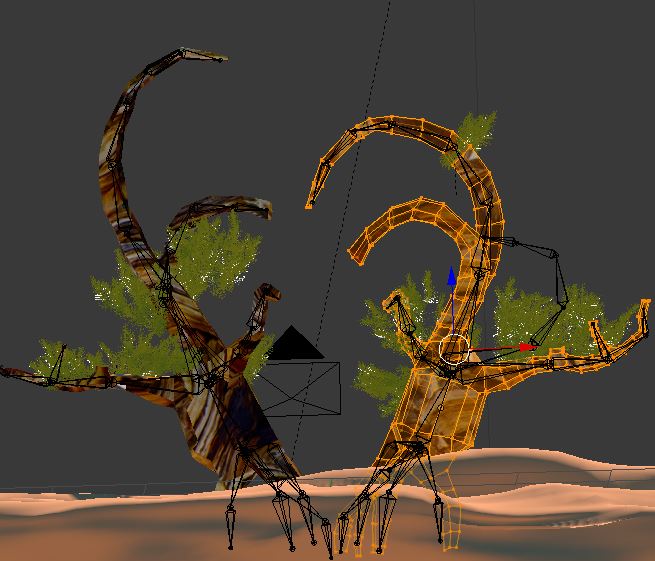 And to make Adam and Eve move, I need them each to have some skeletons in addition to their skin. That’s the blue bones you see here: 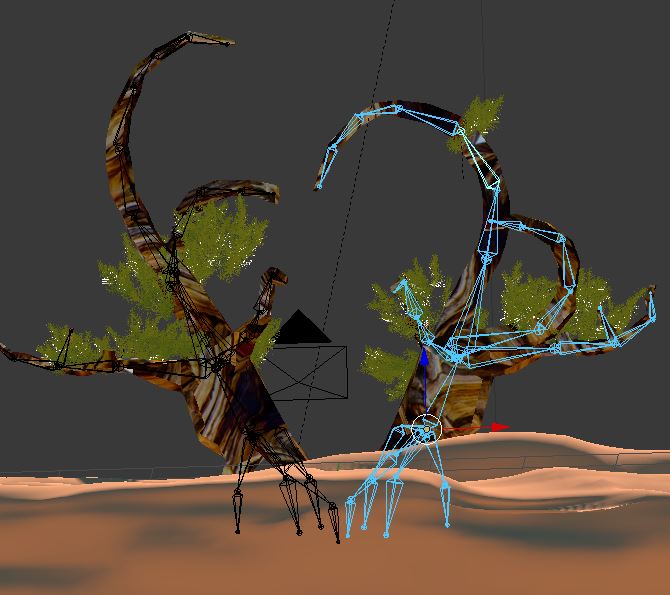 And that’s a quick look at the building blocks of 3D animation. It took me about 9 months to do this, although it was during snatched hours and days while in the last year of my PhD.